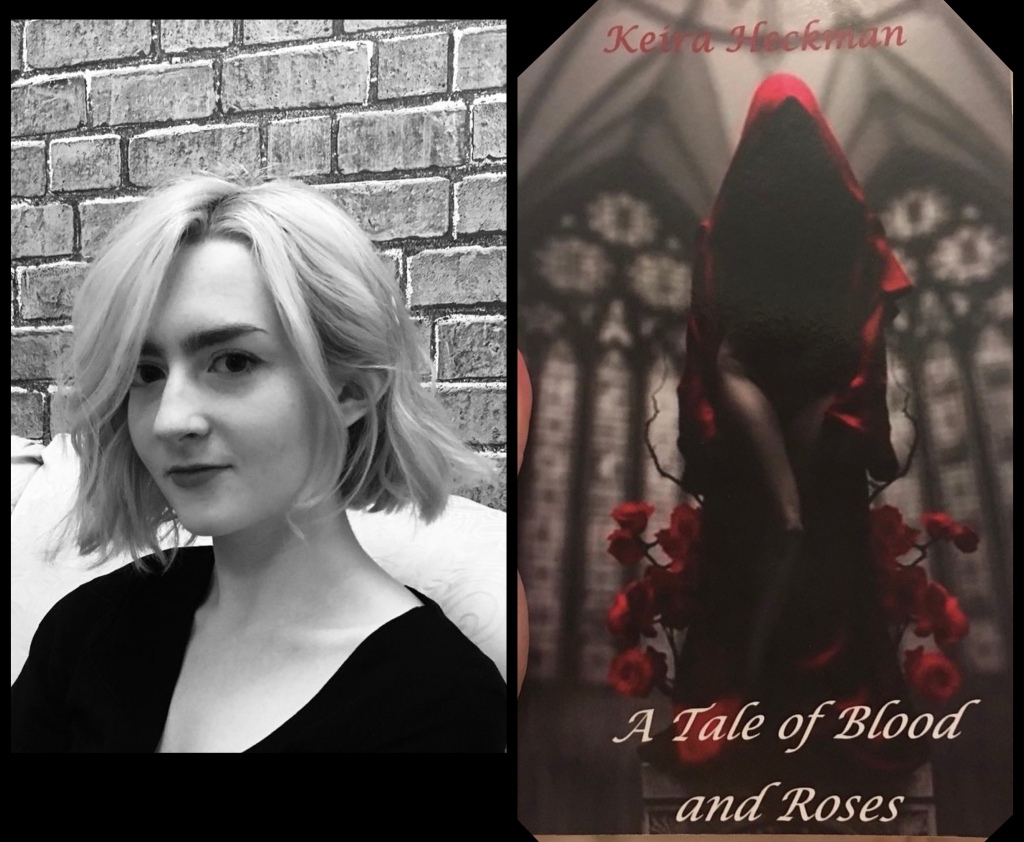 I would like readers to know that my book contains a gay romance because I myself, am bisexual. I wanted to read a fantasy book with a gay protagonist and a gay romance without it being fetishised or including a big coming out storyline and when I couldn’t find one, I wrote my own.

I’m also big fan of conspiracy theories and the first woman in my family to have a middle name. Neither of these things are particularly relevant, I just like talking about them.

What is A Tale of Blood and Roses about for those who haven’t read it?

A Tale Of Blood And Roses is about a girl who works for an agency that eradicates magical beings, until she finds her own name on the kill list. So, to avoid death, she goes to a place that shouldn’t exist – Wonderland.

There’s spies, a threat to the throne and a veil to the underworld but not an alice in sight

What has been your inspiration for writing A Tale of Blood and Roses?

My main inspiration other than lack of representation was fear. I was a little creeped out after watching a horror movie and I thought “what if there was an agency that was tasked with finding and killing monsters and demons?” and so ATOBAR was born.

One particular part that I can’t disclose because of spoilers, was based on a lucid dream I had. It was one of those dreams that you wake up and you’re like not okay for the rest of the day, so I was like “that’s going in the book”.

What was your favorite scene or part of A Tale of Blood and Roses to write?

My favourite part to write.. hmm I can’t give away too many details because it’s riddled with spoilers, so all I’ll say is the part in the lift (or elevator for my American friends). That whole chapter was so much fun.

Also any part where my characters are backed into a corner. I love making them squirm.

As a young’un, the likes of JK Rowling inspired me, which I think is just the standard author answer, but to be fair she inspired a lot of us.

More recently, the works of Cassandra Clare, Holly Black and Leigh Bardugo have been huge inspirations. I am in love with their writing styles, and the way they so craftily weave their words to keep me, and no doubt thousands of others, hooked on their every word.

And of course I have to mention Lin Manuel Miranda, who my book is dedicated to.

Where do I start? Write what you want to read, just get something down and worry about story plotting later, rejections are more about them and not about you and to keep thinking at the positive side.

But mostly, write, just write something, anything. It doesn’t have to be good and it can be fixed later, just stop putting it off and write the story you need to. Starting really is the hardest part of writing. Now go, write!