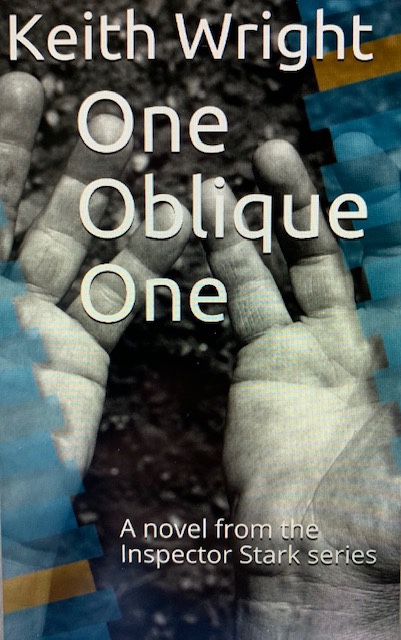 That I write gritty, adult crime novels, based on my experiences as a real-life Detective Sergeant for twenty- five years.  The novels, thankfully, received political acclaim. This despite being a person who did not have the opportunity to have a university education.  Being brought up on a council estate or ‘projects’ I suppose I had some limited choices, but I somehow managed to scramble out of the pile and made something of myself, miraculously.  The main reason for that would be my mother who despite bringing all us kids up (5 of us- I’m the youngest) on her own, she instilled a sense of pride and determination. She also loved books, which she passed on to me.

I now have four children of my own, and two are themselves, writers, in the fantasy genre, and very good too, I hasten to add.  They are just waiting for a break, like thousands of others. My other son is studying computer science at university but has a passion for acting and has appeared in several film and theatre projects.  My daughter is only 9 and has developed into a superb chatterbox! I am engaged to Jackie who has been such a fantastic support to me and is my most reliable critic!

A family is discovered murdered in their own home.  19-year-old Faye, and her parents Walter, and Audrey.  Detective Inspector Stark, and his team of disparate, (and at times desperate) detectives investigate the case.  Stark is battling with, what he has yet to realize, is social anxiety, and Charlie Carter suffers from hemorrhoids, although his embarrassment means, he blames his enforced shouts of pain, on a bogus knee injury!

It centers around the darker side of young Faye Marriott and her promiscuous lifestyle, which was hidden from her parents.  Suspects include Stan ‘Jobber’ Tindle a well-known burglar, who has the unfortunate trademark of not only taking items away but leaving his own deposit, on the carpets of his unfortunate victims.  Winston Kelly, psychopathic Rastafarian, rumored killer, pimp and drug dealer. Charles Lyon, wealthy ‘boyfriend’ of Faye who suffers his own humiliation from her, and sees himself as a victim. Colin Markwell respectable married man, seen running from the scene.  Or…Or…and so it goes on. Who killed them and why? Stark’s team of detectives suffer a tragedy, brought about by inexperience, and realize they have been too late to catch the killer. It is not too late to make amends, however.

My inspiration was the feeling that I could write.  I didn’t have much of an education, I educated myself when I left school, to a great extent.  Not that there were some great teachers, there were, but I went to the sort of school where you were searched on the way out!  Some of my school reunions with old school friends were when I arrested them for burglary – hiding in an attic.

My wife at the time, was expecting twins and I thought, other than being a detective, what could I do to bring some added income in?  What an idiot! We were so broke, that I wrote my first MS in pen! When I realized that, ‘hang on, this isn’t bad’, I hired (yes, hired), an electric typewriter and typed the thing out.  An agent called Jeffrey Simmonds in London took me under his wing and I was hooked.

This is a tough one.  I guess, amongst my favorites, is a scene where two Detectives, Charlie Carter, and Ashley Stevens burst in on a prostitute who is with a client, to grill her about her pimp.  I like to think it is funny, poignant, and touching all in one go.

When I was a teenager, I found an old book by a writer called Ed McBain.  He wrote the 87th Precinct novels about New York Homicide Detective, Steve Carella.  They blew me away, and I couldn’t get enough of them. This stayed with me, and I eventually sat down at a desk with the thought ‘I wonder if…’  I like to think my novels might have a slight flavor of these books, in their candor, grit, and detective culture. Incidentally, I was speaking at a Crime Writers Conference in England, and by incredible coincidence, Ed MacBain was there.  He was promoting his writing of ‘The Birds’ film script, which he wrote under the pen name Evan Hunter. A handful of us had dinner with him. It was an incredible thrill and an opportunity to thank him for inspiring me.

The first thing I would say is that anyone has the potential to be a writer.  That doesn’t mean everyone can be a writer, of course.  I know incredibly academic people who couldn’t write for toffee, so there is no qualification, it is a meritocracy, which I like.  If you happen to be good enough and take it seriously and put the hours in, you might just make it.

The other thing I would say is that nobody really knows anything.  It is so subjective; what one person doesn’t like, the next ten million might.  That does not mean that people can’t help you, they can, and you must listen. I still do.  The point is that you own you, no-one else.  You own what you want to write, no-one else, if it turns out other people like reading it, you’re on to something.

Keith Wright is a former Detective who has had four novels published and is re-mastering these for the digital age.

He has received critical acclaim for his first novel ‘One Oblique One’ which was shortlisted for the Crime Writers Association Award for the best first novel which covered all debut crime novels around the world.

‘A most promising debut.’ – The Times

One Oblique One is available on Amazon paperback, Kindle and Kindle Unlimited.

Keith’s second book ‘Trace and Eliminate’ is out in the summer this year. 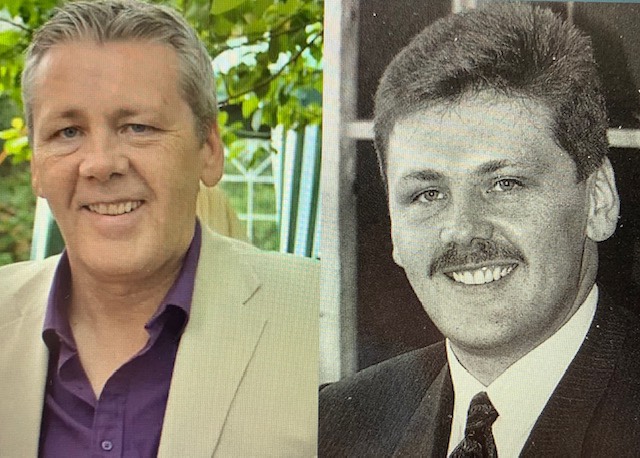 Visit the author’s web page for free short stories and a sneak preview of the opening chapters of his first two books:  Keithwrightauthor.co.uk