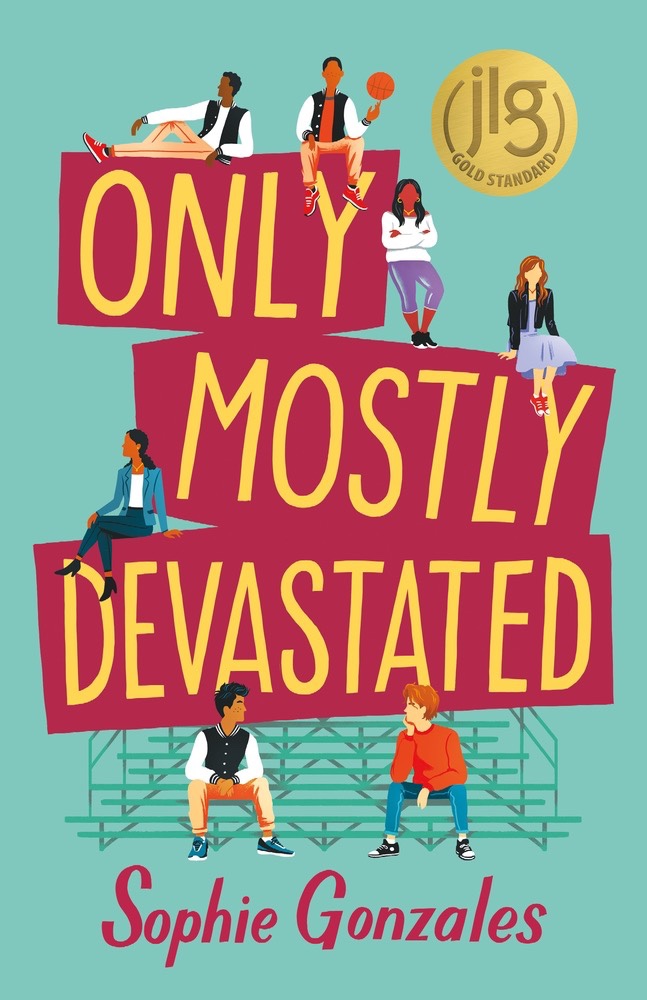 I’m a hippy who believes in ghosts and a greater power in the universe. I can touch my nose with my tongue but can’t use the monkey bars because I have no upper arm strength to speak of. My favourite book of all time is The Long Walk by Stephen King / Richard Bachman. I’ve never tried vegemite!

SIMON VS. THE HOMO SAPIENS AGENDA meets CLUELESS in this boy-meets-boy spin on Grease

Ollie and Will were meant to be a summer fling—casual, fun, and done. But when Ollie’s aunt’s health takes a turn for the worse and his family decides to stay in North Carolina to take care of her, Ollie lets himself hope this fling can grow to something more. Dreams that are crushed when he sees Will at a school party and finds that the sweet and affectionate (and comfortably queer) guy he knew from summer isn’t the same one attending Collinswood High.

Will is more than a little shocked to see Ollie the evening of that first day of school. While his summer was spent being very much himself, back at school he’s simply known as one of the varsity basketball guys. Now Will is faced with the biggest challenge of his life: follow his heart and risk his friendships, or stay firmly in the closet and lose what he loves most.

The idea for OMD came about when I was exploring how classic rom-coms would look in the modern world, through a queer lens and diverse characters. How would these tropes we all know and love hold up, how might they fail to apply in today’s age, and how might they reveal that, ultimately, love (whether romantic, platonic or familial) is an ageless constant?

There’s one scene in the car where Ollie and Will are having an argument, and that was a tonne of fun for me to write. For some reason I love writing fights, and getting into the head of each character and really understanding their point, and how they truly feel that they’re the one in the right. There’s something so satisfying about setting up two people with opposing viewpoints and watching their back and forth snowball, with neither of them being entirely wrong. I wonder what it says about me that I write rom-coms and my favourite stuff is the fighting?! Shouldn’t I like writing the kisses best!?

I started out my journey writing Harry Potter fanfiction when I was 11 (ask me ANYTHING about the marauders / Harry’s parents and I can tell you at the drop of a hat, they were my life for two years) so it’s probably safe to say this was my biggest early influence! In hindsight, it makes sense. James and Lily were one of the original hate-to-loves, right!?

My advice is, don’t go in trying to write a book. Just write, period, in general. Write a scene, write a 150,000 word-long soap opera, write short stories, write your thoughts, write fanfiction, do whatever you want! But for 99% of us, we need to hone our craft before it’s ready yet, and the best way to do that is to aimlessly and indulgently enjoy it, writing just for you. Once you know how to string sentences together, how to create natural dialogue, how to write a tense scene, how to write a romance scene, etc—then you can try your hand at stringing it all together into a novel. But novels are difficult, and often parts of them are a slog (it’s much more fun to write a fighting or kissing scene than to set up worldbuilding), and it’s easy to get downhearted if you go through all of that only to find your first attempt isn’t there yet. And if you haven’t practiced writing, your first attempt will almost definitely not be there yet! “Yet” being the keyword here. Go forth and write for fun first. Thank me later.

Her debut YA rom-com, Only Mostly Devastated, is out March 2020 through Wednesday Books / Macmillan (USA) and Hodder Children’s Books / Hachette (UK / Commonwealth). She is also the author of The Law of Inertia and The Ex-Girlfriend Getter-Backer Experiment (Wednesday Books 2021).

When she isn’t writing, Sophie can be found ice skating, performing in musical theatre, and practicing the piano. She currently lives in Melbourne, Australia where she works as a psychologist.

She is represented by Moe Ferrara of Bookends Literary Agency.