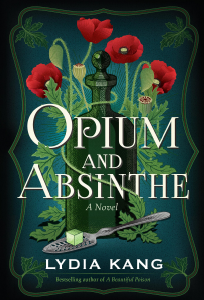 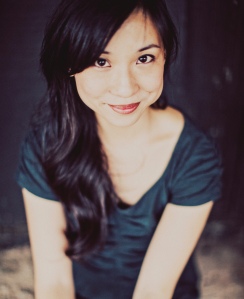 I am a doctor and an author with three kids and two dogs. I get a lot of questions about how it came to be that I have two careers. In a nutshell, it took a long time for me to give myself “permission” to write alongside my other work. I thought I’d be laughed at, or people would tell me to stay in my lane and just be a doctor. Luckily, nobody laughed and the writers I surrounded myself with were super supportive. It’s never too late to start writing!

OPIUM AND ABSINTHE will be releasing in July. Here’s what it’s all about:

New York City, 1899. Tillie Pembroke’s sister lies dead, her body drained of blood and with two puncture wounds on her neck. Bram Stoker’s new novel, Dracula, has just been published, and Tillie’s imagination leaps to the impossible: the murderer is a vampire. But it can’t be—can it?

A ravenous reader and researcher, Tillie has something of an addiction to truth, and she won’t rest until she unravels the mystery of her sister’s death. Unfortunately, Tillie’s addicted to more than just truth; to ease the pain from a recent injury, she’s taking more and more laudanum…and some in her immediate circle are happy to keep her well supplied.

Tillie can’t bring herself to believe vampires exist. But with the hysteria surrounding her sister’s death, the continued vampiric slayings, and the opium swirling through her body, it’s becoming increasingly difficult for a girl who relies on facts and figures to know what’s real—or whether she can trust those closest to her.

I had been a fan of Bram Stoker’s DRACULA for a while, but was really fascinated by how I could tie the book into a story, especially when it was released in 1899 in the U.S. Also, I’m a fan of one of the most famous female journalists of all time, Nellie Bly.

The opening scene is one where Tillie falls off her horse. I’m not a horse rider and I’m afraid of falling off them, so it felt pretty natural to imagine having a equestrian catastrophe!

Some of my earliest inspirations came from YA authors, since YA is where I got my start in writing. A few favorites include Jennifer Donnelly, who does historical fiction really well, and Suzanne Collins because I honestly learned a lot about plotting via her books! I also am a fan of April Tucholke, who is also a friend. Sarah Fine (also goes by SF Kosa) is also a friend and her books are brilliant, too.

I probably need to take my own advice as I’ve been so busy lately, but read. Read a lot. Find out what books you really love, and why. And also, be humble about what you need to learn, so you can grow as a writer. Starting a little later in life (I started writing fiction with gusto when I was 38) I realized I had a lot to learn, so I opened myself up to criticism.