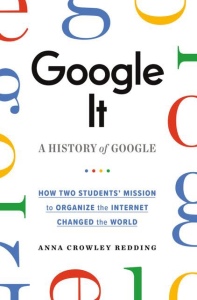 I write books for young readers ages 3-21 and love it!

He saved the words that built America! Emmy Award–winning journalist Anna Crowley Redding and Sibert Honor illustrator Edwin Fotheringham bring to life the riveting true story about the lowly clerk who saved the Declaration of Independence from being destroyed by the British army in the War of 1812.“We hold these truths to be self-evident, that all men are created equal, that they are endowed by their Creator with certain unalienable Rights, that among these are Life, Liberty and the pursuit of Happiness.” These are the words that helped found our nation. Today the Declaration of Independence is one of the United States’ most heavily guarded treasures, but during the War of 1812 it would have been destroyed if not for one man whose story has nearly been forgotten by time. Come along on this historic adventure and learn how one ordinary clerk did a truly extraordinary thing. As a clerk for the State Department, Stephen Pleasonton spent his days quietly immersed in paperwork. He never expected to receive an urgent message telling him that the British army was on its way to the capital. And that the documents that Stephen was entrusted with—such as the original Declaration of Independence and the original Constitution—were all in danger! It fell on Stephen to transport our nation’s most cherished and priceless artifacts safely out of Washington!

I was so blown away when I saw a mention of Stephen Pleasonton’s brave act while visiting a museum. I had never heard anything about this story. It was such a shock that our Declaration of Independence and U.S. Constitution were at risk of being burned by the British during the War of 1812. And to discover Stephen’s bravery in moving these documents to safety. This wasn’t as simple as loading them into a truck and driving them out of town. It took great intellectual problem solving, hard physical work, and a dangerous horseback ride to get them to safety. I was inspired by what he did and knew that all Americans would be as well!

I loved writing about how much the main character loved paper. There was so much fun in putting alliterative language together to communicate his personality and expertise and to then set that verbal portrait against the outrageous rescue effort he was about to embark on! So fun!

I loved reading Nancy Drew and everything Judy Blume wrote. Nancy Drew was so refreshing because it wasn’t about girls sitting back and waiting for a problem to be solved. She jumped into action. Judy Blume’s books offered the same level of empowerment. I needed those examples both as a young woman and a writer. P.G. Wodehouse’s sentence construction is so marvelous. I love reading his work and saving each sentence.

I would say, make time on most days to write. Whether it’s your journal, a letter, a scene in a book, or a poem… just get in the habit of actually writing. When I was in Journalism school and turned in an assignment, one of my professors remarked that my investigative digging was so strong. Then he told me not to worry that if I wrote for at least 20 minutes every day, eventually I would become a great writer ; ) I can look back on that now and laugh. I’ll also tell you it was extremely good advice! 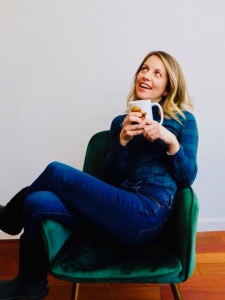 Anna Crowley Redding is the author of Rescuing the Declaration of Independence: How We Almost Lost the Words that Built America, illustrated by Sibert Honor Winner Edwin Fotheringham.  She is also the author of Elon Musk: A Mission to Save the World  and Google It: A History of Google (How Two Students’ Quest to Organize the Internet Changed the World. Both of these nonfiction books were named Best STEM Books by the National Science Teachers Association (NSTA) in 2019 and 2020. Anna has six more books on the way! Before diving into the deep end of writing for children, Anna Crowley Redding’s first career was as an Emmy-award winning investigative television reporter, anchor, and journalist. The recipient of multiple Edward R. Murrow awards and recognized by the Associated Press for her reporting, Redding now focuses her stealthy detective skills on digging up great stories for young readers — which, as it turns out, is her true passion.

Anna’s books are available wherever fine books are sold. https://annacrowleyredding.com/books/