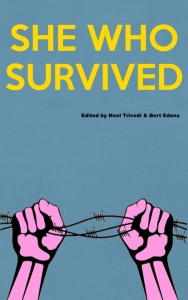 I’m a journalist and in the advertising business in Dallas, TX by profession and a writer and mental health advocate by choice. I’ve had poetry and fiction published on several different platforms.

My book is an anthology that I’m compiling and co-editing as well as contributing to it as a writer. The book consists of a collection of stories about females who have their backs against their wall because of various reasons; be it financial issues, rape, abuse, addiction, etc, and how they fight to get out of those situations and ultimately, take control of their lives.

A while back ago, I had a conversation with a female friend who told me her story of being harassed at work for nearly two years. She let it go on for that long because she was too afraid to speak up. Ultimately, she did and the harasser was fired but she said no consequence could rectify the fear and anxiety that dominated her feelings for those two years. I decided to give her the rectification vicariously via this anthology.

There’s a story in the anthology called “The Howl of Freedom” by a writer named Angie Verhoeven. This is her first time being published and I’m very excited to give her that opportunity and hope the readers love her story as much as I do.

There are several authors that inspired me but the ones that immediately come to mind are Peter Straub, Edgar Allen Poe, and Lisa Scottoline. I’ve learned individual elements of writing from each of them.

My advice to aspiring writers would be to keep writing no matter what. Along the way, there might be roadblocks. There might be criticism. There might be a lack of motivation. But ultimately, let those factors roll off your back and continue writing. If you’re genuinely passionate about it, you will reach your goal eventually. No matter what happens, never give up. 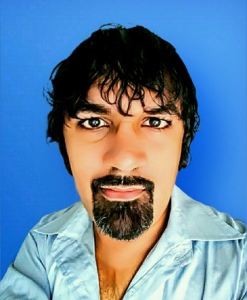 The book will be published on Amazon Kindle and print-on-demand for physical copies. I can be reached on Twitter @Neelt2001.