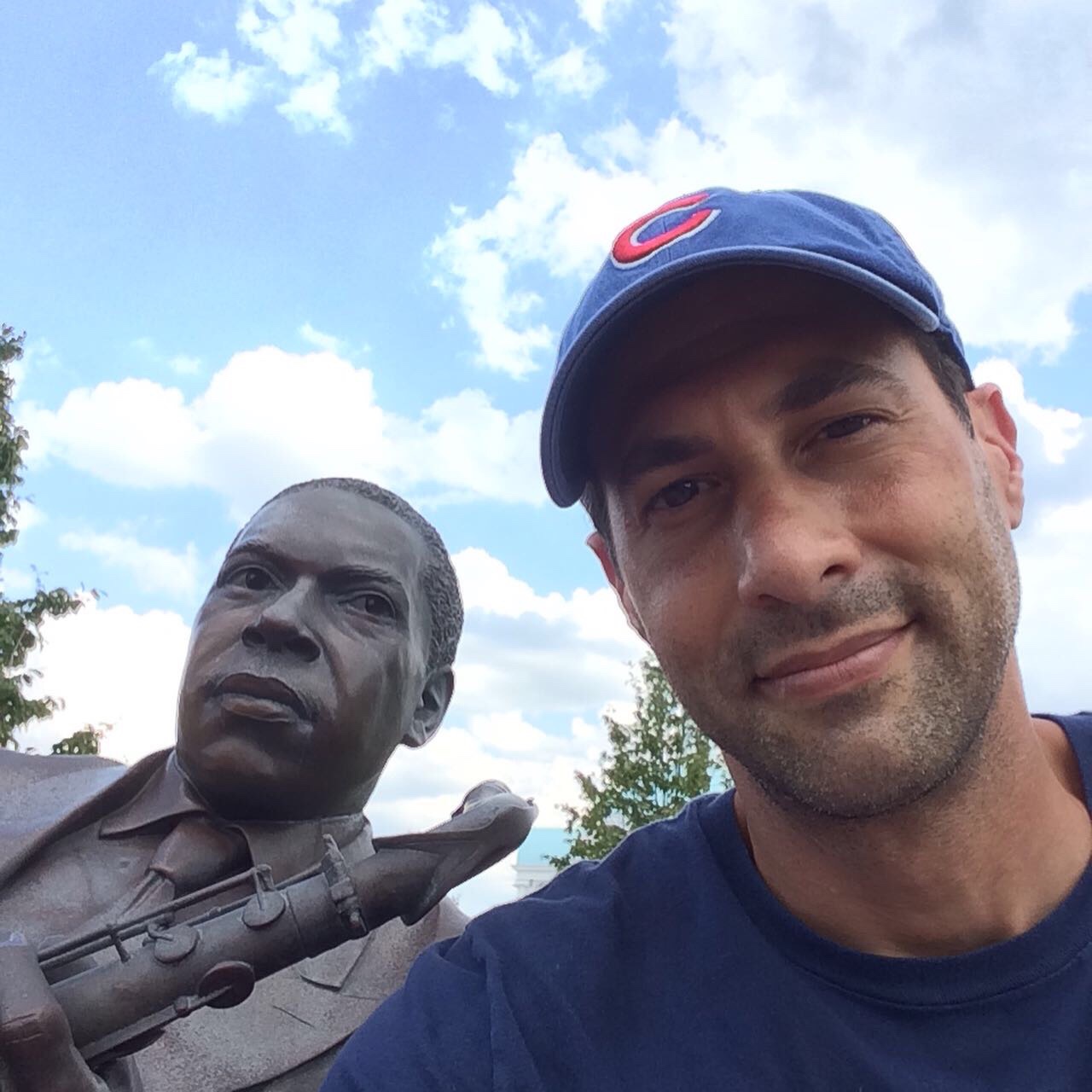 It’s important for readers to know about my writing past, such as my debut young adult novel No Sad Songs, which was nominated as a YALSA Quick Pick for Reluctant Readers and won an American Fiction Award for best coming-of-age story. The novel is about a young man who loses his parents and is thrust into the role of caregiver for his grandfather, who is in the latter stages of dementia. I also write books for middle grade readers. My first series, Please Return To, follows the zany adventures of a middle school English teacher turned semi-pro wrestler as he writes a roadmap for readers who want to end bullying. On the Way to Birdland, which releases on May 4 from Fish Out of Water Books, will be my second young adult novel. It will be followed in the Spring of 2022 when I release a book for middle grade readers titled Breaking News (Regal House/Fitzroy Press) which is written completely in primary source documents and told through the perspectives of three different middle school journalists. That said, it’s also important to know that I have always been a writer even when I didn’t think of writing as a viable pathway to anything realistic. My point? Get your butt in the seat and write! Things will happen.

In addition to writing, I also teach middle school English at a small school in High Point, North Carolina, where On the Way to Birdland is partially set.

On the Way to Birdland follows the epic journey of sixteen-year-old, self-proclaimed philosopher, Cordell Wheaton as he attempts to reunite his family before his father loses his battle with a terminal illness. Cordy packs his duffel with forty bucks, a few clean pairs of underwear, and a page of his estranged brother’s prized sheet music and hits the open road, the rails, and even a steamship at one point, to travel from his hometown of High Point, North Carolina to Philadelphia to find a brother ravaged by addiction. He hopes to convince his brother, Travis, to travel with him to New York City to watch a show at the world famous Birdland Jazz Club, where Cordy thinks he can help Travis remember his musical past, acknowledge the traits he holds in common with his hero, John Coltrane, and convince him to come home to Carolina again. But along the way, Cordy is wracked by chaotic nightmares, haunted by disembodied voices, and shocked by strange visions that make him wonder if he’s hearing the voices of the fates willing him toward his destiny, or if he’s losing touch with reality altogether.

On the Way to Birdland had too many diverse inspirations for me to list all of them here, but one of the major ones happens to be the state of the world at large. More specifically, the way people treat others and the way in which we’ve become so insular as a society. As a teacher, I witness on a daily basis how students often feel surprisingly alone or alienated in a world where connection is theoretically not hard to come by. It seems as though these days  many of our experiences are not lived experiences, but rather vicarious experiences that we live through social media or on television. I wanted to write a book about a teen who loses all of the comforts of technology and convenience and who heads out into the real world to learn about himself and those he contacts along the way. Another major influence, of course, was legendary jazz musician John Coltrane. He grew up in my adopted hometown of High Point, North Carolina, and he lived a rather chaotic life for some time before settling into the shoes of a true jazz icon. I just love reading about how many obstacles he overcame along the way, most notably among them being a serious battle with addiction. But I also love the man himself, for he was wise beyond the realms of the ordinary human being. He studied religion the world over and sought to bring the sounds of diverse musical genres from around the globe into his creations. In short, Coltrane was exactly the sort of human being we could all use in great supply in our current world.

One of my favorite scenes to write in On the Way to Birdland was one in which Cordy Wheaton almost gets run over by a semi truck that blows past him on the highway, only for the incident to put him in contact with one of the great protectors and educators he meets on his journey, Darryl “Cowbird” Winchester. Cowbird is a massive truck driver with bulging biceps, tattoos, and a nose ring. In fact, there is little that Cordy holds in common with the man, other than his desire to find truth in the world around him. In this initial scene where we first meet Cowbird, it was a lot of fun to set up these contrasts in my writing and to watch the relationship between the scrawny white toast that is Cordy and the mountain of a man that is Cowbird develop organically, and without me having to force much into the scene. I guess it’s not surprising to hear that Cowbird is my favorite character in the novel.

I saw a tweet the other day where a reader was complaining about authors who, when asked for kidlit book recs, are only able to offer titles from the long distant past, so I feel kind of awkward about mentioning the names of two authors who truly inspired me to become a writer…but I’ll do it anyway. That’s not to say that I don’t love the absolute avalanche of incredible children’s books that have been released over the last ten or so years. There are so many brilliant ones, but they were all written long after I’d made the decision to go along with this whole writer’s life thing. So, my two main inspirations would have to be S.E. Hinton and Mark Twain, mostly because those were the authors I happened to be reading at a stage in my life when the idea of becoming a writer began to sparkle in my mind. Granted, I also love their work, and I especially respect the ways in which each author is able to fully develop characters so that they are unique and memorable long after you finish reading the book. I don’t see my own writing matching the styles of either of these writers to any justifiable point, but I will forever be in debt to Ms. Hinton and Mr. Twain for showing me the possibilities of what can be achieved in a work of fiction.

I said it once before (in this very article!) and I’ll say it again. Get your butt in the seat and write. Things will happen. Not only will those “things that happen” be the lives and worlds of the characters you’ve created bursting forth into reality, but your own success as a writer will follow. I promise. One thing I’ve learned from my colleagues in the writing community is that at least fifty percent of this writing gig is straight-up luck (like running into just the right agent or editor at a conference), but the other fifty percent is made up of equal parts artistic skill and hard core tenacity. So, basically, if you can motivate yourself to get those 50-100K words on the page then you’re at least halfway home…and that’s so much better than being totally lost.

On the Way to Birdland Trailer