Jennifer Strange is about a well-meaning, early high school girl with a villain’s power – she can give ghosts and demons a body, even if it rips right out of the host. It’s set in Savannah, Georgia, one of the most haunted cities in America. Jennifer’s powers awaken in Atlanta during a volleyball match where a ghost attacks her, desiring to live again. Her dad whisks Jennifer away from Atlanta down to Savannah to stay with her older sister Liz while he searches for something to stop her powers. The estranged sisters have to fight off demons and ghosts while figuring out their family curse using only their father’s journal for guidance. The book itself is modeled after the actual journal so you can follow along with the entries and see all of the art. It’s very much like John Winchester’s journal from Supernatural.

The Forgotten Girls was released in February this year. It is a dual narrative, one thread is in 1940s London, the other is among the British ex-pat community in Spain in 2017. Elaine Pinker Parker is working as a clerical officer and trying to keep her brothers together when she falls in love with dashing war correspondent Robert Kapa. Will the relationship go the distance? In 2017, Jen is newly single and holidaying with her difficult family when she finds out that their nana Elaine had an affair with Robert Capa, and what’s more, she might have had his children

Senior year. When an assignment given by a favorite teacher instructs a group of students to argue for the Final Solution, a euphemism used to describe the Nazi plan of genocide of the Jewish people, Logan March and Cade Crawford are horrified. Their teacher cannot seriously expect anyone to complete an assignment that fuels intolerance and discrimination. Logan and Cade decide they must take a stand.

As the school administration addresses the teens’ refusal to participate in the appalling debate, the student body, their parents, and the larger community are forced to face the issue as well. The situation explodes, and acrimony and anger result. What does it take for tolerance, justice, and love to prevail?

In the vein of the classic The Wave, this riveting novel explores discrimination and antisemitism and reveals their dangerous impact. Inspired by a true incident, The Assignment will remind readers that they have choices—and those choices can make a difference.

Follow Carrie Highley through four years of e-mails to Charlie, an older and wiser friend, as she chronicles her transformation from an ideal housewife and mother into an avid road cyclist with a hidden life as a lesbian. Set in both West Virginia and North Carolina, the story details her healing bicycle trips as she grapples with the challenges of a clandestine love affair, a divorce, a new career and parenting her two young sons.
As much as Highley fears the consequences of revealing her secret to her family and friends, she also comes to understand that her long-term happiness depends upon exposing her true self. Finally, with Charlie’s support, she gets the courage to do what she’s been waiting her whole life to do: go down the mountain with her hands off the brakes.

So, ALL OF ME (Feiwel & Friends/Macmillan 19) is a Middle Grade novel in verse. It’s the story of Ari Rosensweig, an overweight, seventh grade boy who loves cryptozoology and role-playing games. Ari is tired of being bullied and letting his weight define him. His parents’ marriage is struggling. They are too busy to focus on his life, much less help him with his already late bar mitzvah, and things take a turn for the worse. Ari’s mother, a painter and sculptor, decides to open an old gallery at the beach that summer. She puts him on a diet(but this is not the answer), and with the help of some unexpected friends, he tries to make a change physically, but that’s only the beginning of their adventures and the real change that comes.

My next book, THE GIRL BEHIND THE DOOR, (Feiwel & Friends/Macmillan 21) is set in the Bay Area, set against the backdrop of the 1989 San Francisco earthquake in a town of refugees who came to America via Angel Island, the book is about a boy who is selectively mute and a girl who won’t leave her house because of a skin condition, and the magical Jewish clay that allows them to help each other.

“Kat and Juju” is a journey about an unlikely duo. The story of the first book in the series is about being different, finding courage and our inner strength to face our fears, and the importance of friendship.

Naomi Westfield has the perfect fiancé: Nicholas Rose holds doors open for her, remembers her restaurant orders, and comes from the kind of upstanding society family any bride would love to be a part of. They never fight. They’re preparing for their lavish wedding that’s three months away. And she is miserably and utterly sick of him.

Naomi wants out, but there’s a catch: whoever ends the engagement will have to foot the nonrefundable wedding bill. When Naomi discovers that Nicholas, too, has been feigning contentment, the two of them go head-to-head in a battle of pranks, sabotage, and all-out emotional warfare.

But with the countdown looming to the wedding that may or may not come to pass, Naomi finds her resolve slipping. Because now that they have nothing to lose, they’re finally being themselves—and having fun with the last person they expect: each other.

A LILY IN THE LIGHT is about an eleven year old girl who’s training to become a professional ballet dancer when her little sister goes missing.

My next book, A FRENZY OF SPARKS (November 2020), is set in the 1960s and follows a group of cousins after drugs are introduced into their community. It comes out November 2020. 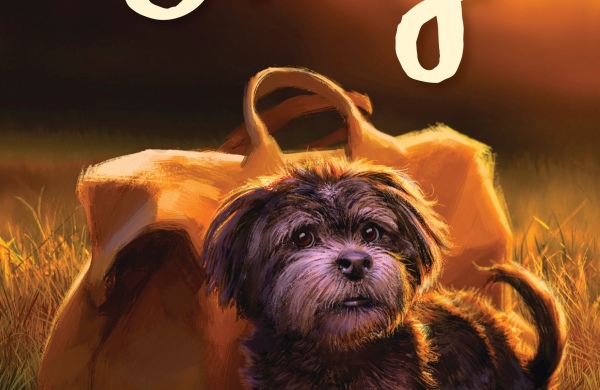 STAY is the intertwined stories of eleven-year-old Piper and a little dog named Baby. Through a series of events, Piper and her family find themselves living in a homeless shelter. Baby lives in a city park near that shelter with his beloved person, Jewel. The chapters alternate between Baby’s point of view (written in free verse) and Piper’s. When Baby and Jewel become separated, Piper makes it her mission to not only reunite them, but find them a home where they can be together. STAY is very much a story of resilience and empowerment and compassion.

“A contemporary adventure based on Maya mythology. Zane Obispo spends every day exploring the sleeping volcano in his backyard. “The Beast” as he calls it, is the one place where he can escape other kids, who make fun of him because he has a limp and walks with a cane.
After a twin-engine plane crashes into The Beast, a mysterious girl named Brooks shows up at Zane’s doorstep, insisting that they meet at the volcano, where she will reveal a terrible secret.”

“After surviving a car accident on an icy road in Hagen, North Dakota, Lily Baker regains consciousness with no idea where or who she is. Scattered Bible verses and the image of a man lying in a pool of blood haunt her memory.  The same night of the accident, a young woman is murdered and tossed in a dumpster. Kylie Milliard, Hagen’s only detective, doesn’t immediately recognize the victim, but Kylie soon discovers that Lily and the dead woman share a dark past…if only Lily could remember what it was.  Lily and Kylie both want answers. But Kylie has to play by the book. Lily has to play it safe. And the more Lily learns about her identity, the more she fears the truth.”

“In a split second, Morgan Kincaid’s life changes forever. She’s on her way home from work when a mother begs her to take her baby, then places the infant in her arms. Before Morgan can stop her, the distraught mother jumps in front of an oncoming train.”

“11-year-old Izzy Mancini who feels as if her whole world is shifting, and she doesn’t like it. She wants Piper, Zelda, and herself—the Sea Stars—to stay best friends as they enter sixth grade in their new regional middle school. Everything changes when Izzy’s father invites his former interpreter’s family, including 11-year-old Sitara, to move into the upstairs apartment at the marina where they live. Izzy doesn’t know what to make of Sitara with her hijab and refusal to eat cafeteria food, and her presence disrupts the Sea Stars. But in Sitara, Izzy finds someone brave, someone daring, someone who isn’t as afraid as Izzy to speak up for herself. As Izzy and Sitara grow closer, Izzy must make a choice: stay in her comfort zone and risk betraying her new friend, or speak up and lose the Sea Stars forever.”

“Behind Every Lie is about Eva Hansen who wakes in the hospital after being struck by lightning to learn that her mother, Kat, has been murdered. Eva was found unconscious down the street. She can’t remember what happened, but the police are suspicious that she murdered her mother.”