“the story of six teens who have all committed crimes that could land them in juvenile detention. They’re each given a Get Out Of Jail Free card with The Walk program. They can escape all consequences if they walk a portion of the famous Camino de Santiago pilgrimage route in Spain. Whether they’ve chosen it, or it was chosen for them by their parents, they all arrive in Madrid as strangers and make their way to the starting point in Ponferrada, Spain. There’s Diego, Shania, Manny, Troy, Greg and Claire, and their two court appointed counsellors. The diverse teens are thrown together for the journey of their lives…200km across the mountainous Galica region of Spain.” 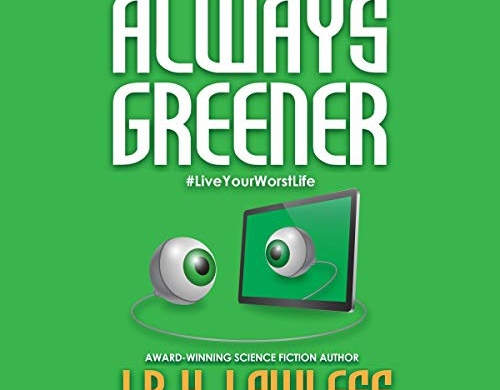 “ALWAYS GREENER and the just-released RUDE EYE OF REBELLION are the first two novels in THE GENERAL BUZZ, my dark Science Fiction comedy series. Set in the corporate-run 2070s, the two books follow the misadventures of Liam Argyle, a well-meaning fool of fate who tries to use his position in the corporate world to help folks and make a difference. But since he’s the host of the omni-connected world’s hottest new reality show, The Grass is Greener, where contestants get ocular implants broadcasting 24/7 and compete to convince everyone watching that they have the worst lives and are the future’s biggest victims, he gets drawn in to a corporate machine that exploits misery and destroys lives, the exact opposite of everything Liam’s principles would have him do.”

“a rom-com set in Regency England, and it follows an estranged married couple who married young and then had a big fight, and haven’t been on speaking terms for several years. Violet, the wife, decides to fake a case of consumption to get her husband James’s attention — a terrible plan that he sees through almost immediately, but he pretends to go along with her ruse, and it turns into an escalating battle of one-upsmanship even as they fall back in love.”

“In a kingdom oppressed by a ruthless cult, a young woman fights through trauma to protect two hunted children and reach the shelter promised by a power-wielding rebel, all the while pursued by a commander blinded by love and loyalty.” 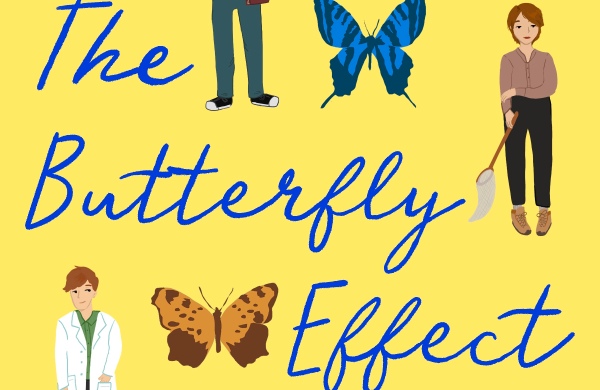 “.. an anti-social butterfly. The heroine, Greta studies butterflies and prefers them to people. When her twin has a health emergency, she has to rush home from a research trip. While taking care of him, she has to rebuild the bridges she burnt in her family– and with her ex-boyfriend. It’s a good fit for lovers of a grumpy hero, like in A Man Called Ove.” 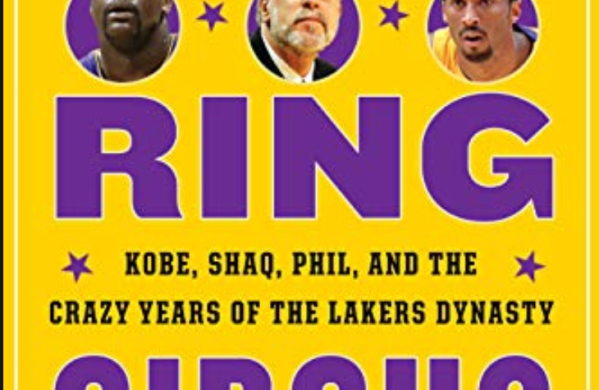 “.. the Los Angeles Lakers from 1996-2004—aka the Shaq/Kobe years, during which they won three-straight championships while loving/hating/loathing one another.”

“THE FELL OF DARK is a paranormal fantasy about August Pfeiffer, a teenage boy living in a vampire town. Fulton Heights, IL, isn’t known for much—just a dying mall and a nexus of mystical energy fields that attract the undead—and the only thing Auggie wants is to live long enough to graduate and move somewhere else. Anywhere else. But his plans are derailed with the sudden arrival of an annoyingly hot vampire named Jude Marlowe. Impossibly, it seems that Auggie is the key figure in an ancient, apocalyptic prophecy…and the end of the world is due any minute. As dark forces spread through his hometown, and the people closest to him reveal one shocking secret after another, Auggie must confront a terrifying question: is he destined to save the world…or to destroy it?” 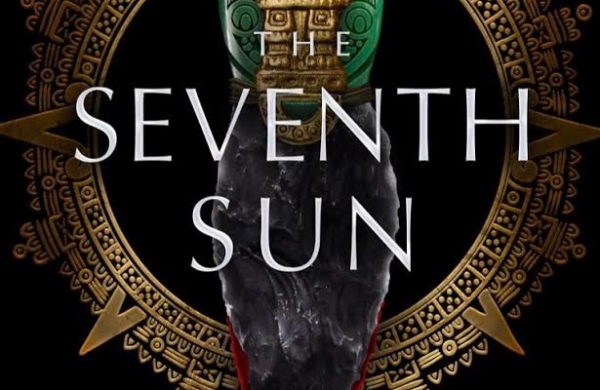 “My book is based on ancient Mesoamerican mythology and follows Mayana, a descendent of the goddess of water, who is forced into a competition against other daughters descended from the gods to win the emperor’s heart. The ones not chosen to be his wife will be sacrificed to the gods!”

“One for All (FSG, Winter 2022) is an ownvoices (chronic illness/disability), gender-bent retelling of The Three Musketeers set in 17th century Paris, a few years in the wake of La Fronde (comes from the French word “a sling,” a series of civil wars from 1648 to 1653).”

“MY LIFE AS A POTATO is about a boy named Ben who moves to a new school in Idaho. Ben hopes to makeover his image to be more of a “cool kid.” One day in the cafeteria, he accidentally injures the school mascot, Steve the Spud. The basketball coach makes a deal with him: in order to avoid detention, Ben will fill in for the Spud for the last few games of the season. How embarrassing! Ben wants NO ONE to find out. He’s a bit clumsy, and not the best dancer, and… I mean… he’ll be dressed like a potato. Ben goes to great (and hilarious) lengths trying to hide his secret from his crush, his friends, and the whole school, while simultaneously working on improving his mascot game. He finds some unexpected friendships along the way, and learns that the secret to being cool is being cool with being yourself.   CONFESSIONS OF A CLASS CLOWN is about Jack, the resident class clown, who loves making goofy videos on his social media accounts. He starts trends at school and is well-liked, but no one would guess that Jack is very self-conscious about the fact that he doesn’t have a “best” friend. In fact, most of his friends don’t stick around for long, and he can’t figure out why.   Jack really needs someone to help film videos for his ever-growing social media account, so he swallows his pride and joins the new afterschool speed-friendshipping club. There, he meets, among others, Tasha, Brielle, and Mario, who each have their own motivations for joining the club, and their own hidden problems too. Alternating perspective chapters from each of the four characters show how their lives intertwine as they learn about false first impressions, human connection, and social media pressure.” 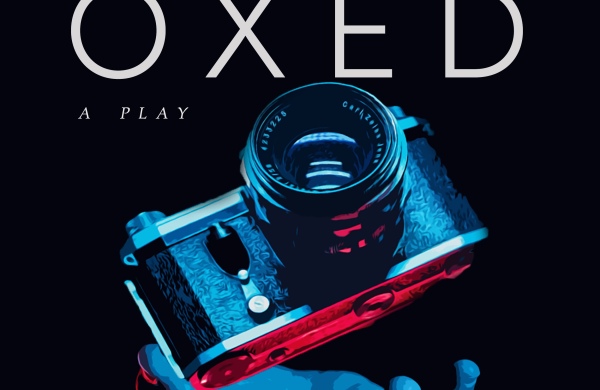 “Greg Zipper is a paranormal vlogger whose livelihood relies on his online popularity. When a fight between him and his girlfriend goes viral for all the wrong reasons, Greg purchases a dark web mystery box in hopes of restoring his audience’s faith in him and hitting one million subscribers. But when Greg opens the box, he gets much more than he bargained for, including a Boxer who’s determined to stop him from taking his loved ones for granted. Now Greg must do all he can to stop the Boxer, or else he’ll lose his livelihood—along with the woman he loves.”

“The Derby Daredevils: Kenzie Kickstarts a Team, is about Kenzie and her best friend/ dynamic duo partner Shelly. The Dynamic Duo set out to form a roller derby team so they can join the junior derby league together. But with every player they add, the duo starts to slip apart. Tensions bubble between the best friends as Shelly makes new friends and Kenzie begins to navigate a crush she keeps secret from Shelly. Kenzie begins to wonder if forming a team might tear their friendship apart, so when Shelly tries to recruit Kenzie’s crush to the track, Kenzie makes a secret plan of her own. Book 2 in the series follows Shelly, and Book 3 follows their team member Tomoko!”

“… an almost-retired Colonel who gets called upon to do one last mission: find the missing son of a high-ranking politician who has gone AWOL in a war zone on a distant planet.” 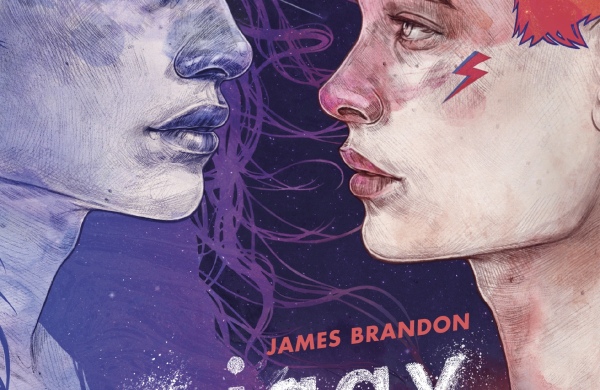 a love story set during the tumultuous time of 1973, when homosexuality was still considered a mental illness. 16-year-old Jonathan Collins is currently being “treated” for his illness, and he believes himself to be “cured.” That is, until Web enters his life. Web has secrets of his own, and as they start developing feelings for each other, the two boys learn how to tackle issues of race, homophobia, and identity in a world that is doing everything in its power to tear them apart.

Sixteen-year-old Pea knows there has always been something wrong with the way she eats–textures, smells, and even the sight of some foods are frightening. When she’s finally diagnosed with a little-known eating disorder called Avoidant/Restrictive Food Intake Disorder (ARFID), her “picky eating” starts to make sense. Pea has always felt alienated, anxious, and depressed, and with her diagnosis, she is hopeful that she’ll get the treatment she needs to get better.

Thanks to therapy, her loving yet dysfunctional family, and the support of her sweet and caring new boyfriend, Ben, Pea finally feels like she’s in control for the first time in her life. But when she decides to go off her antidepressants, things start to spiral out of control. It will take inner strength and the support from her loved ones to get the help she needs to begin to challenge her eating disorder.